I have been looking forward to tonight’s dinner with friends all week long, even though I couldn’t decide what to make until early Friday morning. These friends we have rarely seen over the past year, a disappointing realization, but no matter! we had a delightful time and their new (1 year old) baby was darling, cooing and cawing to the delicious smells from the kitchen. Yes, a kitchen that smelled like Christmas.

Dinner always revolves around dessert in this house, because dessert is all that matters. When I saw Tartelette’s Poire D’Eve blog, I was inspired. It is a rare occasion when I read Tartelette’s blog and do not become inspired, however I was not inspired for Poire D’Eve, but for poached pears.

As is often the case, my decreased budget sometimes requires modifications of Helen’s delectable and elaborate desserts though Helen deserves all the credit for this evenings adventure.

Peel, half and core 4 pears.

Simmer over stove top for 1/2 hour.

My beautiful pears were ripening in the kitchen last night, and because I had been savoring them all week while I decided what to make, I couldn’t resist them any longer! They were beautiful, juicy and decadent! While they were poaching my wonderful, and very handsome husband declared: “It smells like Christmas!”

After poaching was complete I allowed them to cool in the pan, fastened the pan with a tightfitted lid and slipped them into the refrigerator. The next day all that was required was simply to heat them over low until they were moist and warm and serve them with chocolate sauce, preferably mine, which you can buy at Tom and Lucy’s Art Shoppe this weekend.

Because the poaching liquid smelt like Christmas, I had a difficult time pouring it down the drain – so I decided to try an experiment. After dessert was over and friends had left I took my flashlight and ventured outside to scour for some pinecones. When I returned I laid those cones in the liquid, turned it up to high and began poaching the pinecones!

The result was amazing! I can not guarantee how long this makeshift potpourri will delight my senses with it’s sweet fragrance, but for tonight I am tickled. And thank you so much to my dear friend Melinda for allowing me to borrow her camera for a few days. I think we all want to thank her! 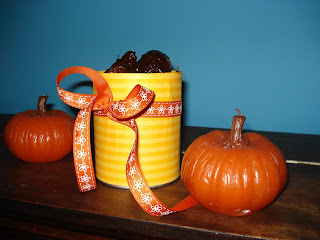 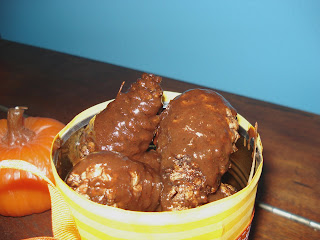