I’ve been really excited to write this post, because let’s be honest, part of being a girl is bragging about the wonderfully romantic things your significant other does, and publicly… makes it even better! I love holidays (this you know) and I pretty much handle all the holidays in our home, except for Valentines day. That is Gabriel’s holiday.

I heard a lot of chatter this year pooh-poohing Valentine’s Day, most of it along the lines of, “You shouldn’t need a holiday to say I love you.” This really bothers me! Partly because that isn’t the point of the holiday, and partly because we set aside a day to celebrate a jolly fictitious bearded fat man on Christmas, an egg loving Giant Easter Bunny, drunken hordes on St. Patrick’s Day, and thus Valentine’s Day should be the one holiday that we revere above all others because of what it symbolizes! It’s just one extra day to reverence the immense magnitude and power of love.

This is what symbolizes Gabriel and I’s love, this is our love song:

Gabriel started the festivities the evening prior when he brought me home a bouquet of fresh purple daisies (daisies are my favorite, specifically Gerbera Daisies). We were up late on the 13th – I was making chocolates and Gabriel was working, so the next treat was to sleep in, after which I gave Gabriel his traditional box of chocolates and he presented me with a fresh bouquet of red roses and a box of French chocolates which announced his theme: A French Tour of Portland.

Next to our home is an apartment complex named: The French Chateau. Naturally, our tour started there. At which point I gave Gabriel another traditional gift, Hot Hearts.

We then headed over to La Provence, and enjoyed a delectable breakfast. La Provence is an excellent eatery on the SW side, specializing in baked goods and desserts, but a restaurant as well, which serves breakfast all day long. 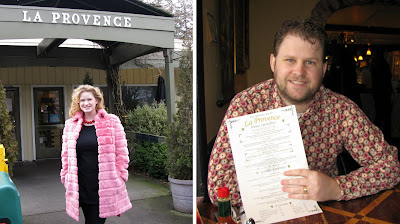 They present a delightful atmosphere, great service, and delicious menu selections. Gabriel chose the Salmon Hash (salmon and hash browns adorned with two over easy eggs), and I opted for the Eggs Neptune (smoked salmon and poached eggs on a croissant with hollandaise sauce). 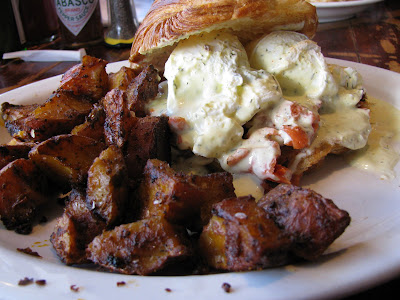 In Lake Oswego we had a romantic walk along the bay, and had lunch outside at St. Honoré (the patron saint of bakers) Boulangerie overlooking the lake, and shared a steaming cup of hot cocoa. 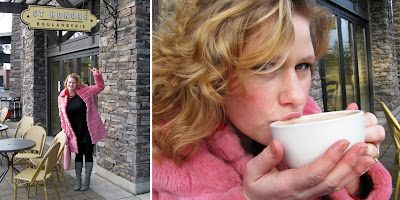 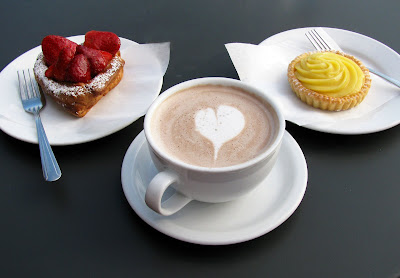 In North Portland we found a quaint little Asian French Bakery, we just peeked in, and then attempted to get a treat at Cafè du Berry, but unfortunately they were closed and booked for dinner for the evening, although the chef let me know I was dressed perfectly for Valentine’s Day.

Following these two stops, we headed downtown to visit the French Quarter which sells the most beautiful linens and pillows. After that, we walked a few blocks to Versailles, a French furniture store with the most exquisite furnishings! When we lived downtown we would often walk by a popular park and see groups of people playing a game with metal balls. We learned in Versailles, that game is called Boules, and in learning this struck up a conversation with the owner of the furniture store. He recommended for us to have dinner at a restaurant on the SE side, Chez Machin. 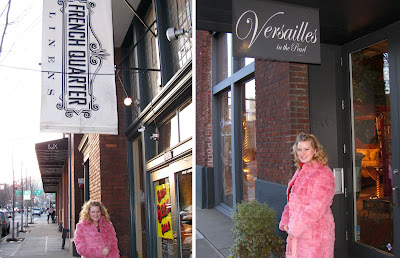 It turned out to be perfect, or should I say more appropriately, quelle coïncidence! When we walked into the picturesque French house, the entire restaurant was covered in tiny sparkling lights, each table had one solitary fresh blooming red rose, and in the corner, sitting at a small two person table, was a young man singing French love songs and playing the guitar. It was the consummate experience. 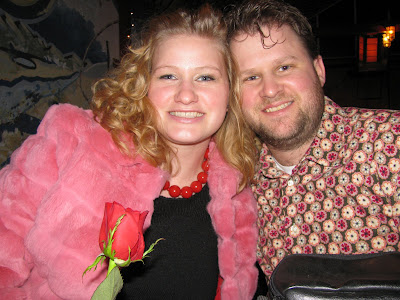 Naturally, dinner was amazing! We started our meal with the Plateau of Frommage, seasonal fruit with baguettes, brie and blackberry sauce, followed with a shared cup of salmon chowder. For the main course, Gabriel opted for linguine with mussels, and I enjoyed a savory crepe with tomatoes, avocados, chicken, and brie. 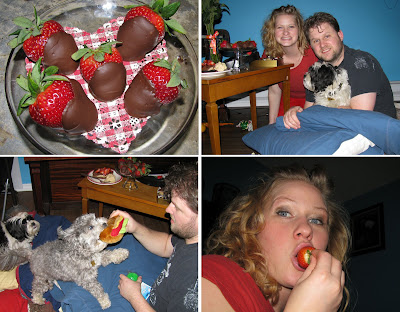 When we arrived home, Gabriel made a bed of blankets and pillows in the living room and we watched a French Film, The Grocer’s Son whilst eating cake, strawberries and chocolates. And of course, gave the furries their Valentine’s Gifts – a new squeaky ball and a stuffed hot dog!

I don’t think Gabriel will ever truly understand how much this romantic day meant to me. It was a beautiful representation of his love for me, and I will fondly remember it forever.