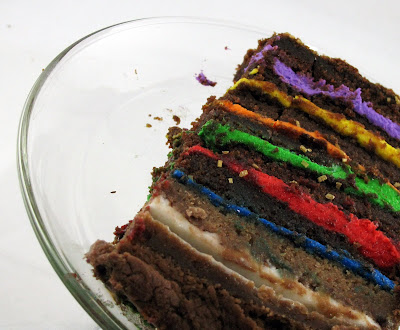 I’ve never struggled so much with a cake. I feel like I traveled 8 miles, walking barefoot, over sand dunes during a sandstorm, while making this cake.

Why 8 miles, specifically?, because this is an eight layer cake.

I recently accepted a calling as the Young Women’s Advisor in our ward; we only have a handful of girls in our ward, so we all meet together. One of the suggested guidelines for teaching is to always try and include the young women’s values as often as possible.

I think, of course, there is nothing better than to pair a lesson with cake.

Mile 1: Our lesson was titled: “Reaching Out to Others”, and through the course of the lesson we discussed how, and most importantly why, to befriend those who we may not otherwise think we have that much in common with. 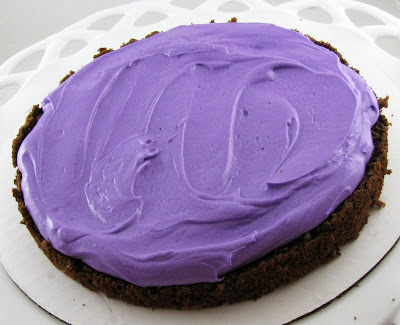 Mile 2: The arduous journey began the evening prior, at then end of a blistering day, in my microscopic kitchen at a temperature of 125°. I knew the temperature would have an effect, but I had no choice so I cleared out the top shelf of the fridge and hoped for the best. 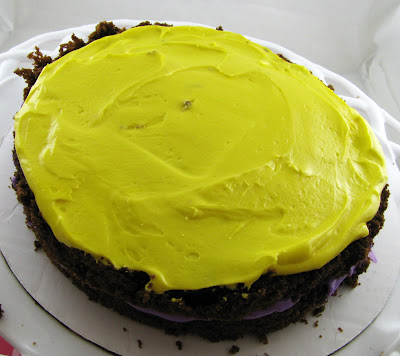 Mile 3: Eight layers meant four cakes, each sliced in half. The first set of cakes looked beautiful, but as I flipped them right side up after baking, I discovered that I had under baked them. Fortunately, at this point the second set of cakes were still in the oven, so I was careful not to make the same mistake, but realized though it was already stifling hot the the oven would need to remain on for at least another ½ hour. 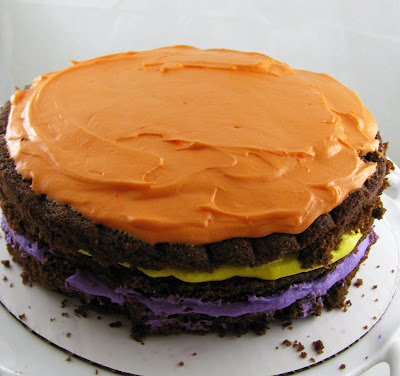 Add 6 egg yolks, one at a time, beating after each addition and 1 teaspoon vanilla

Bake at 350°F for 20-25 minutes, until cake springs back to the touch
Run knife along edge of pan, and cool on wire rack
Repeat, for 2 more cakes 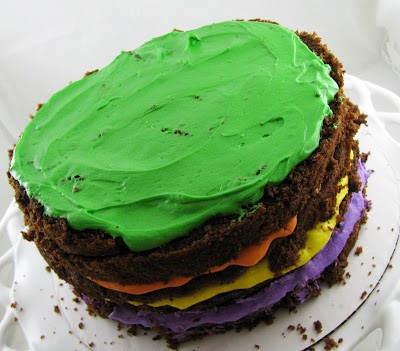 Mile 4: Then I observed, for the first time ever, I was out of baking chocolate! Having already made two trips to the store for ingredients I opted to use melted chocolate chips instead of running off to the store. Though the taste was OK, the color did not achieve a rich, deep brown to match the first six layers, but instead remained a muddy, dirty, grayish brown. 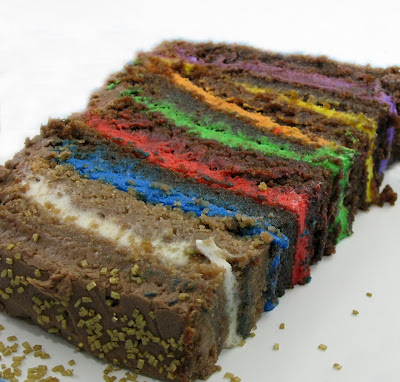 Earlier in the day, during one of my trips to the store, I found a smaller version of a cake leveler at Michael’s, for just $3! I’ve always wanted a cake leveler, and I figured at that price I was foolish not to add it to my set of baking tools (I’d only ever seen the over sized versions for large sheet cakes, a size that would be completely inappropriate for my use). I was extremely excited to put it to work, so I quickly tore off the packaging and sliced through the first cake; the same cake that was under baked. Fortunately, one half of the cake was cooked clear through and was salvageable. 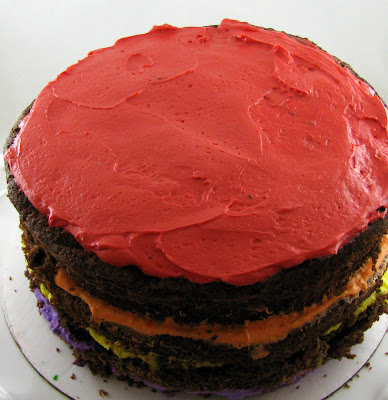 Mile 5: Inspecting the leveled half of the cake, it looked a bit skewed to me, but I trusted the leveler and chalked my observation up to the sweltering heat, mounting frustration and accumulating exhaustion. It was when I reached layer six that I realized the cake looked skewed… because the leveler was a notch higher on the right side than it was on the left (notice the orange/green frosting melding into one)! Never trust a setting straight from the store!!

This cake looked like a disaster, and normally I would be abhorred to show off such a tyrannical presentation, but as it turns out it was a perfect accompaniment to the lesson and I would have preferred nothing other than a towering, lopsided, disgruntled, and unlevel catastrophe. So… I’m quite upset that I don’t have a picture of the monstrosity in it’s entirety. 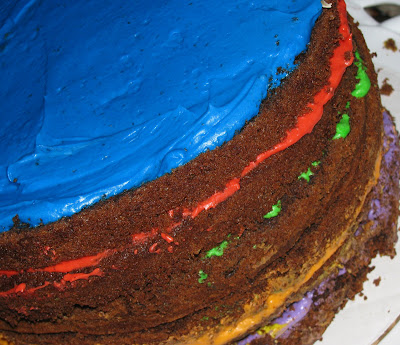 Mile 7: Before frosting the outside and top, I chilled the cake for a good hour or so this time convinced my fridge wasn’t working. The cake was a perfect tower, chilled and firm, but in all of 5 minutes, by the time I had wrapped the cake in frosting, and layered in on the top to smooth it was beginning to shape like a horseshoe… Distraught, fatigued and heartbroken I put the cake in the fridge – hoped it wouldn’t have exploded by the morning and went to bed. 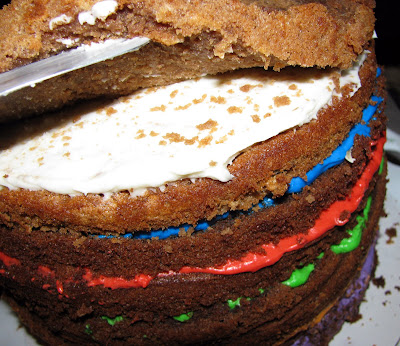 Mile 8: To my delight, the cake was in tact in the morning and after a solid few hours of sleep I had a new outlook on how this cake would fit into the lesson… if I could get it to the church. 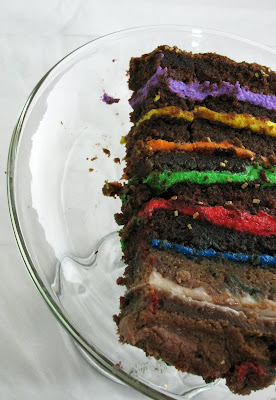 I’m not perfect, you know this, and this post certainly proves it. You aren’t perfect, but sometimes I get hung up on the fact that you seem to be. The truth is, and though we all forget it at times, we are all just trying as hard as we can. Like this cake, we don’t look perfect, we don’t always act appropriate, and sometimes things don’t turn out the way we want them to, but when we look inside ourselves we find that we are each a Child of God, and we each have Virtue, Faith, Good Works, Integrity, Individual Worth, Divine Nature, Choice and Accountability and Knowledge.

And yes, phew, we made it to the church in one piece.