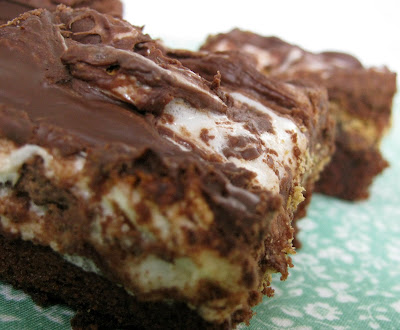 S’mores seem to the blogging theme of June, and as I don’t want to be left out, I thought I would throw (one of) my recipe(s) into the mix. Though I realize I’m not alone in this proclamation, I’ll say it anyway: I love s’mores. 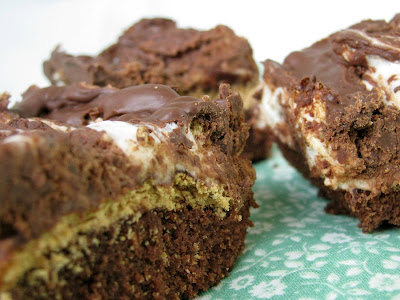 Growing up my brother and sisters and I had the only two things every child needs; a fire pit and a trampoline. In the winter our trampoline was at home in the corner of the backyard, resting a few feet below the deck in a special circular outfit specifically designed to house it… but, in the summer our trampoline was moved onto the deck unveiling a ring of stones.

Nothing will ever be so special to me than a ring of stones. It is this that brings back the fondest childhood memories for me, sitting around the fire pit cooking hot dogs and spending time together as a family waiting for the embers to burn, patiently stacking graham crackers and chocolate.

Thankfully, this is a tradition that has been passed on through three generations so far, serving as the cornerstone of any family event. 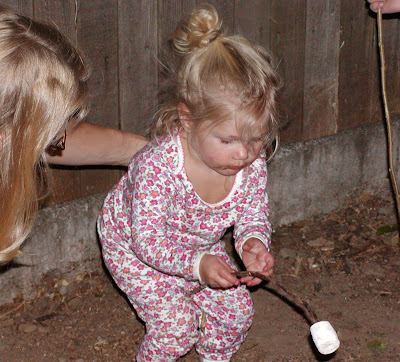 My favorite kitchen S’more concoction is actually Campfire Cookies, but those will have to wait until August’s Recipe Swap. Speaking of… don’t forget to submit your favorite summer salad recipes for June’s Recipe Swap.

These chewy, ooey, gooey brownies are a crowd favorite, and so simple you’ll wish they were more complicated so that you had an excuse to stay out of them. 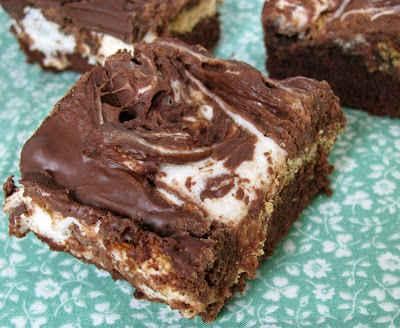 Make your favorite brownie recipe batter
Pour half the batter into a rectangular pan, lay whole graham crackers side by side on top of the batter 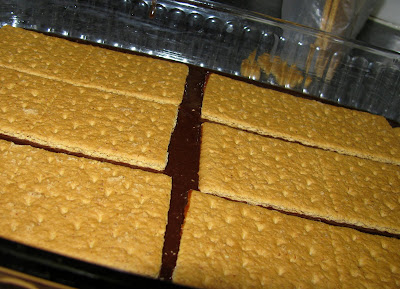 When cooked through, layer top of brownies with mini marshmallows and turn the oven to broil
Place brownies on top rack and let marshmallows toast (I like mine a bit on the crispy side) 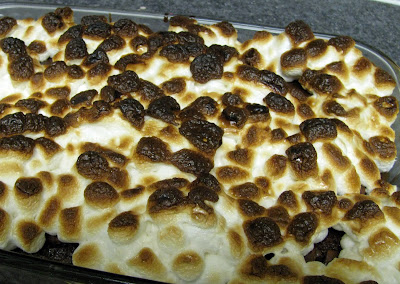 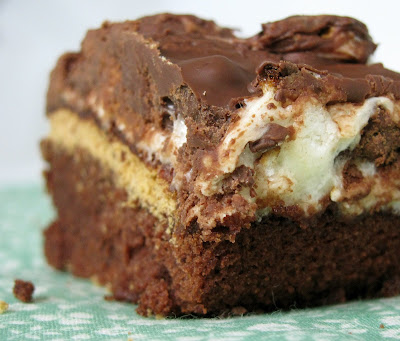 P.S. Don’t forget to vote for me at the BlogLuxe Awards, Tastiest Blog!

0 thoughts on “Don’t Forget Me”