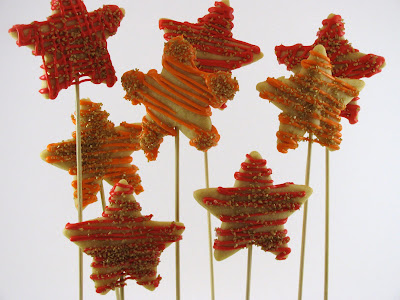 Gabriel and I are getting ready to head out to commemorate this Independence Day with an annual tradition of attending a colossal fireworks show, this year to the Stadium of Fire. In years past we have viewed the Fort Vancouver Fireworks Show in Vancouver, Washington boasting the largest fireworks show this side of the Mississippi; the Lake Union Fireworks Show, in Seattle, Washington, hailed as one of the largest shows in the nation; from the rooftop of our downtown apartment building the PGE Park Fireworks Display, in Portland, Oregon, and a few years we were delighted to share the holiday with my parents whose neighbor puts on a show every year to rival the most glamorous of them all! And… every year we celebrate the holiday with America’s favorite chicken: Kentucky Fried. 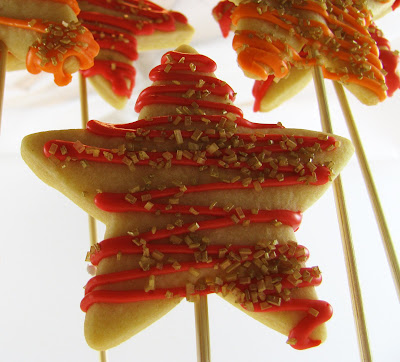 This year is no exception, except instead of camping outside the forum – this year we get to go inside!!! I grew up visiting my sister Jill and her family over the 4th, and their tradition was to sit outside the BYU baseball fields and watch the fireworks for free outside the stadium. Actually, we would begin the morning by attending the Hot Air Balloon show in Provo, followed by watching the Freedom Festival Parade, and then spend all day outside the stadium waiting for the show to start. It was my favorite day out of the whole summer. I’ve always, always wanted to watch the show from inside, and this year Gabriel scored a couple of tickets off Craigslist for half price, so tonight we will be swaying to the smooth sounds of the Jonas Brothers (I listened to my first Jonas Bros. song today in preparation!) and oohing and awing at the fireworks from point blank range!

Of course, we are also celebrating with a special holiday treat… edible sparklers! 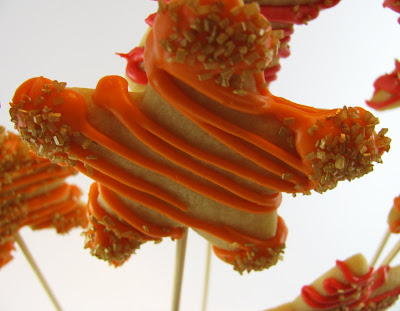 Cookies: Sugar Sparkler
Recipe
Before baking, slide a skewer through the center of the cookie, remove from baking sheet, cool and frost as desired

*I have to give full credit for this idea to my mother! 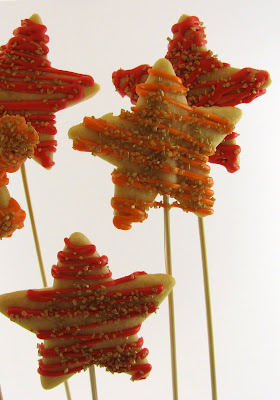 Even though we are keeping with our family traditions, and the festivities have thus far have been engaging and delightsome, this Independence Day feels a little different somehow. So many of our friends have either lost their jobs or taken a significant paycut, thousands of homes are being foreclosed on, and even the Fort Vancouver show was cancelled this year due to the economy. This morning Gabriel and I attended the Orem Tea Party, and paid our solemn respects to the sacrifice this nation has incurred as an answer to our freedom. 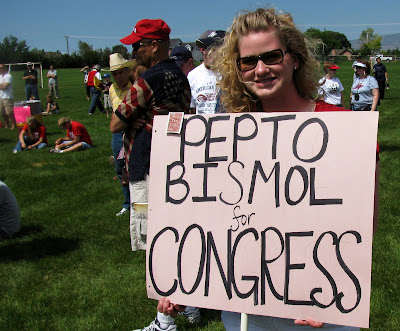 At the event, an 84 year old Veteran serenaded the crowd with God Bless America, and hung his head and wept as he expressed his love for this Great Nation! He said, “I’ll be damned if I stand here helpless, and and let this country be drug down to hell!”

John Adams wrote this to his wife on July 3, 1776, regarding the Declaration of Independence:

“I am apt to believe that it will be celebrated, by succeeding Generations, as the great anniversary Festival. It ought to be commemorated, as the Day of Deliverance by solemn Acts of Devotion to God Almighty. It ought to be solemnized with Pomp and Parade, with Shews, Games, Sports, Guns, Bells, Bonfires and Illuminations from one End of this Continent to the other from this Time forward forever more.

You will think me transported with Enthusiasm but I am not. — I am well aware of the Toil and Blood and Treasure, that it will cost Us to maintain this Declaration, and support and defend these States. — Yet through all the Gloom I can see the Rays of ravishing Light and Glory. I can see that the End is more than worth all the Means. And that Posterity will tryumph in that Days Transaction, even altho We should rue it, which I trust in God We shall not.“

To celebrate our freedom, and to honor those who have paid the price that we might enjoy things as simple as blogging as a result of freedom of speech, this year we are adding a new family tradition to the docket. We are adopting a marine from AnySolider.com. This week S Sgt Dominique Giles and his section will be receiving Starbursts, Tootsie Rolls Pops, Febreeze, Neosporin, Tampons, Body Powder, and Kool-Aid as requested plus our love, support, prayers and encouraging letters! 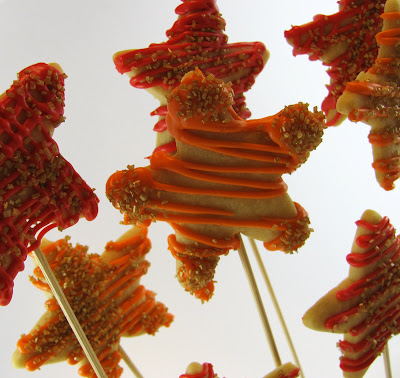 Thank you to our devoted soldiers who dedicate their lives to this country and its citizens!


Home for the Holidays

As a homeschool mom I’m always looking for alternative ways to teach my kids math, fractions, and chemistry! It just so happens...
Read more
It's Sweet to Share!