Skip to content
I have it on good authority that Santa is getting a little tired of cookies and milk! After a few millennia of the same treat, wouldn’t you?
Mrs. Claus confided in me while I was visiting her during my break from the toy shoppe, that Santa is so desperate for a different treat, he has been trying for some time now to devise a way to deliver his secret wish to all the little munchkins of the world! He’s tried inserting it into conversation during picture time at all the mall, but the kids were so eager to spout off their wishlist, he found it impossible! Two years ago, he spelled out H.E.L.P. with candy canes as he laid out the presents in every single house, but no one noticed. He even went so far as to disguise himself in early December, and patronize nearly one million grocery stores in major metropolitan cities across the globe in an attempt to buy up all the chocolate chips!
He even considered, only for a split second, putting all the children who gave him cookies…. on the bad list!!! Gasp! I know!
I have a solution! 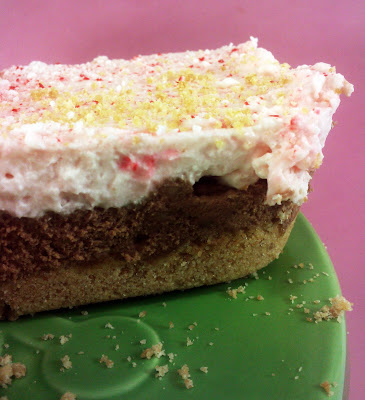 Stay on Santa’s good list this year by whipping up this refreshing treat, brought to you by Holly Jolly Sisters!

Crust:
½ package of crushed Nilla Wafers
3 tablespoons melted butter
Mix together until mixture will keep its shape when pressed together
Press onto bottom of 8″ square pan
Chill in freezer 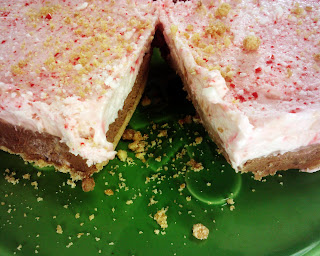 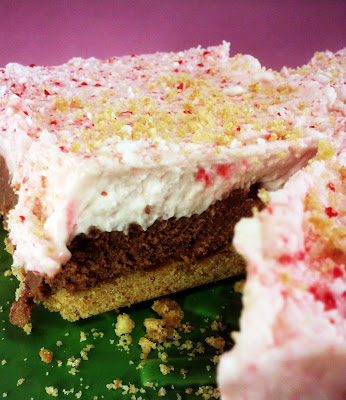 This recipe yields just enough for Santa and his 9 reindeer. Leave him a note to check for his treat in the freezer: He’ll be so delighted, you will be sure to get an extra present or two under the tree! 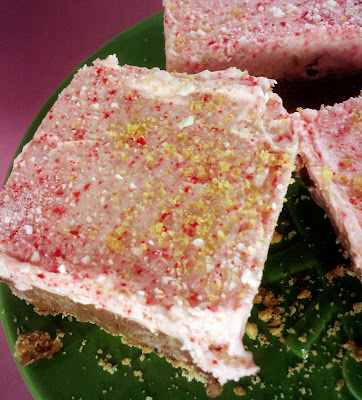 The Candy Cane is one of the most prominent symbols of the Holiday Season. It not only symbolizes the birth of Our Savior Jesus Christ, His purity and His sacrifice, but reminds us that He watches over us as our Elder Brother.
Head over to Pammy’s blog to see her great tutorial for keeping the reminder of Christ, through the symbolic candy cane as an attractive ornament, all season long! 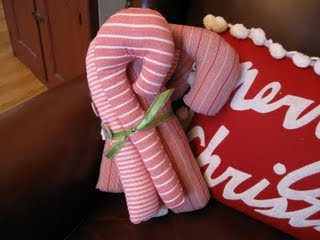