Wicked: A captivating biography of the Wicked Witch of the West in the land of Oz (on the off chance you didn’t know…). 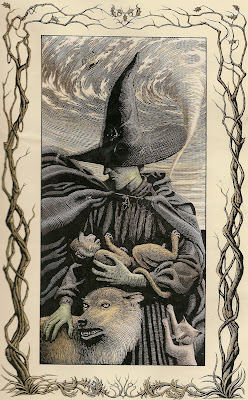 While the Wizard of Oz, written by L. Frank Baum, tells the story of Dorothy’s ascent from simple farm girl to hero of an entire nation, Maguire offers the perspective of she who was sacrificed so that Dorothy could obtain her solitary wish. It is a mesmerizing tale, but…

…if there is one thing that sends me into a tizzy, it’s an cheap ending to a rich, expansive and fulfilling story. I’m not one who likes everything wrapped up into a pretty expensive bow, in fact I prefer a few loose ends-a few threads that I can weave into developing anecdotes, but I do need a few final climatic verses to leave me satisfied. 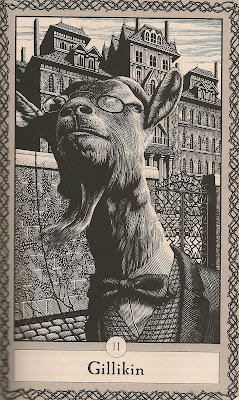 The blathering on of Maguire for the remaining 40 pages left me fuming until the last syllable… I very nearly tore out the last few pages, and were it not a borrowed book I would shred every page written after Auntie Em’s and Uncle Henry’s house fell on Nessarose. This slanted view of Elphaba’s demise was so entirely insulting to the reader. Maguire dedicated 9/10 of the book to the development of Elphaba’s character, begging us to empathize with her plight and then, like a hard slap across the face, he dishonored her and offended his reader, by allowing her to fall apart in the presence of a little girl in a checkered dress who asked for only the most obvious and easily foreshadowed plot question of all time! Killyjoy smelled the ending coming for miles and sacrificed himself so he didn’t have to witness it.

Unfortunately, it wasn’t just the ending I can’t come to terms with. One scene in particular that I can’t begin to reconcile the purpose of, is that between Elphaba and Princess Nastoya. This scene was completely unnecessary and derivative, and seemed to act merely as some grand excuse to begin calling Elphaba a Witch. While Nessarose was titled a Witch by the Munchkinlanders as an interpretation of her Eminence; could not the same possession of the title, and the more congruent and fluent title at that, be given to Elphaba as a result of her inattention and inability to form personal relationships? 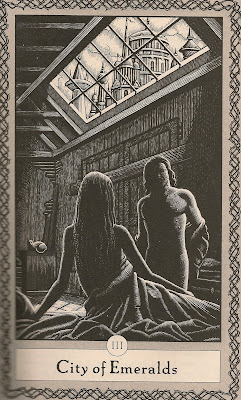 The teeth? The broom? The Maunt? It is these details, whether the insertion or deletion of them, these key elements that infuriate me as a reader. Details without necessity or meaning destroy the complex inner workings of storytelling. They are not supplemental or decorative, they are confusing and misleading.

And then there is the revelation of Elphaba’s father which was neither anticlimactic nor shocking, due to the absurdity of it’s delivery. First, the dwarf mysteriously announces the liberal involvement of Yackle throughout Elphaba’s life, and though Elphaba has been little more than obsessed with Yackle throughout the book, dismisses this apocalyptic announcement as though it were infertile nonsense in as many sentences as it was delivered. Immediately thereafter, when the revelation of her father is finally proclaimed, even from the mouth of the Time Clock Dragon in which she was birthed, Maguire offers no additional commentary from Elphaba’s perspective or from the 3rd person author narrative, dismissing the best part of the book, with no more than an utterance of “poppycock”! 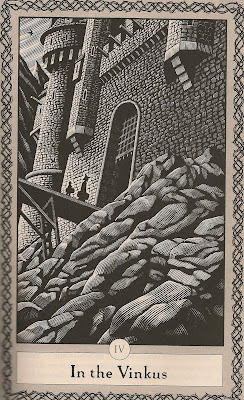 It’s reprehensible; from “Horrors” to “poppycock”.

This is a story written in 3rd person omniscient narrative, with the express purpose of giving a soul and a history to a character that has been villainized by popular culture for the past 50 years. Yet Maguire, after a heroic 350 page effort, gives up. He omits pertinent and revelatory information about key aspects of her life whether to humor himself, or out of sheer laziness, is incomprehensible. 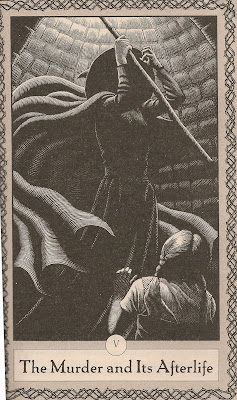 I loved the book,.. most of it,… but something just doesn’t add up when you have to make a chocolate cake to feel better once it’s over. 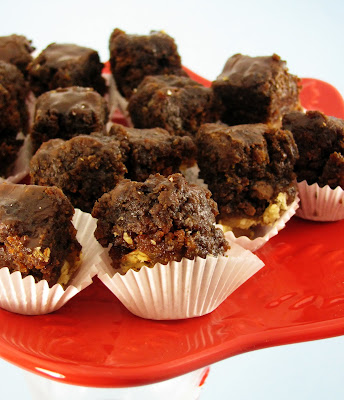 This cake will positively make you feel better with a sultry orange hint, a smooth seeping glaze and a textural crunchy bottom layer, inspired by Better Home and Gardens Double Chocolate Orange Torte. 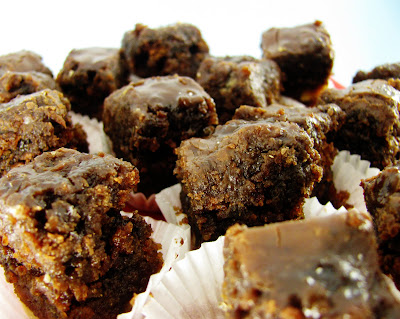 Pour into prepared 8x8x2 greased, and floured pan
Marble remaining 4oz. of chocolate over top of cake, use a knife to distribute chocolate evenly
Bake at F350º, 30 minutes, or until cake springs back to the touch
Invert on wire rack to cool 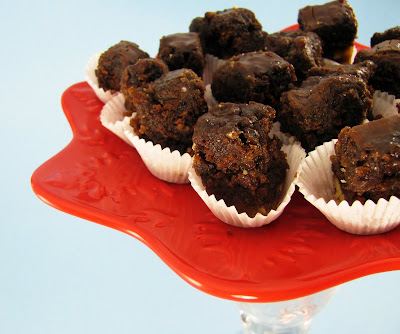 While crust is cooking, tear cake into bite sizes pieces
When crust is fresh out of the oven, immediately spread cake to fill pan
Press firmly with spatula to compress
Top with ganache and spread evenly to coat 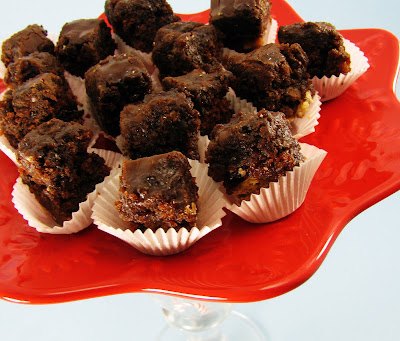 …and don’t even get me started on the Musical, a farce of an adaptation which bears resemblance in name only. What is with Hollywood dramatics reducing brilliant masterpieces into a regurgitation of the same, tired, washed up old whore of a story that we’ve passed in the red light district ten thousand times before.