Gabriel and I stayed in all weekend. We played Super Mario Wii until I developed carpal tunnel. We enjoyed strawberry crêpes on Saturday, and blackberry lemon crêpes on Sunday. Gabriel told jokes, and I giggled. 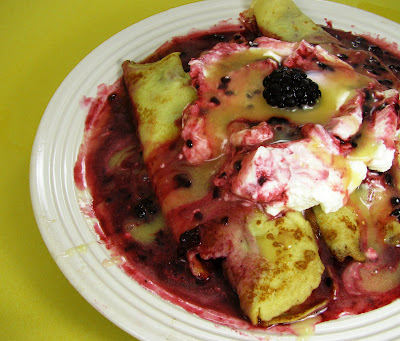 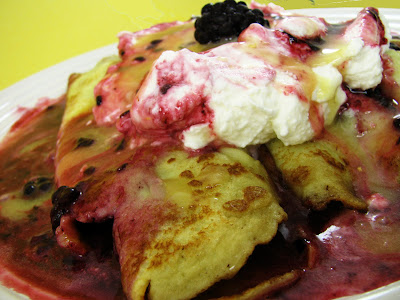 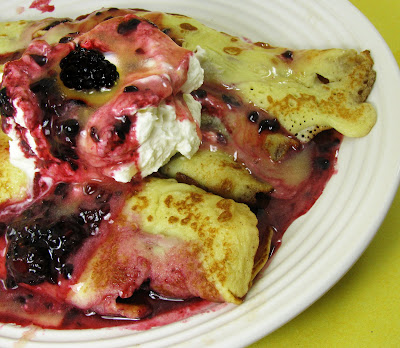 In a well buttered crêpe or round pan, pour a few tablespoons of mixture over med heat
Spread thin
Allow to cook for a few minutes,
Flip over, repeat on opposite side
Remove crêpe and add a dab of butter, allow to melt

Recipe will yield about 6-8 crêpes 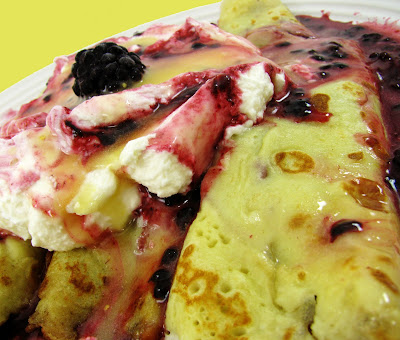 One Year Ago: Destiny Calls, Claire’s (Eclairs in honor of the Season 5 Premiere of Lost) with French Americàine Custard & Whipped Cream and topped with Chocolate.