I made a promise of sorts last year in October, something along the lines of:

“I’m hell bent on making some perfect scratch made macaroons!“

That was after multiple failed attempts, a daring bakers challenge and a lot of wasted almond flour; that was when I called them macaroons, and not their proper name, macarons. Since then you may have been the recipient of many a comment on your blog along the lines of: “I hate you” if you ever showed off your cute little footed cookies.

Well, thanks to Barbara, look what I can do!!! 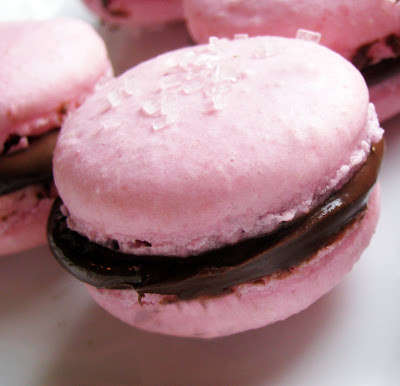 Last month for Mac Tweets Barbara posted her Pink Flamingo Macarons… knowing Barbara lives in my home state, and that she was a skilled macaron maker, I begged her to give me a mac tutorial, and we set a date for July’s Mac Tweets: Sing a Song. 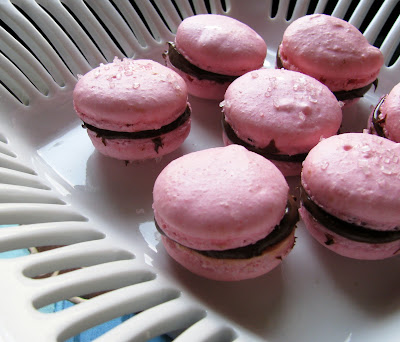 I was excited for weeks, building up anticipation to the exciting day of reckoning! And Barbara did not disappoint, she was delightful! She emphasized measuring out your ingredients, gave me tons of helpful hints and suggestions and watched over as I folded in the egg whites (previously, the cause of my demise). Barbara is the reason these macs turned out perfectly, so the test will be if I can make them, truly, on my own. 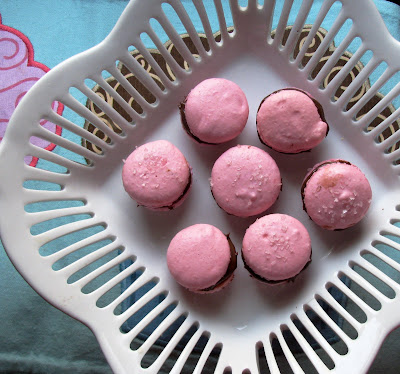 Fold flour into egg whites in two batches
Stir just until whites are incorporated, but fully incorporated is key
Spoon batter into piping bag, minus the tip and pipe even circles onto baking sheet lined with parchment paper 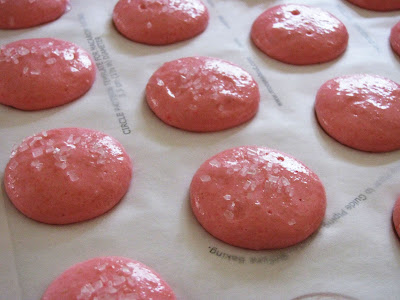 **Barbara’s Tip: After 10 minutes lightly tap the top of the macaron, you want them set, but not quite firm 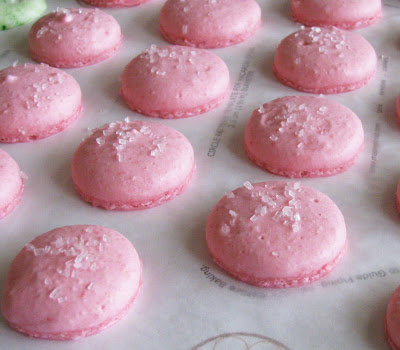 This was such a fun experience! Not only did I get to meet a fellow blogger, but I finally succeeded in mastering this tiny cookie and consequently eating a a delightful amount of tasty macarons! Can’t wait until next time!!

See what flavor Barbara made during our meetup.

*Every year, post Christmas holiday I can’t resist the magnetic lure of discounted candy canes in strawberry, raspberry, bubblegum and tangerine flavors; they make deliciously flavored powdered sugar simply by pulverizing them in your blender which in turn lend a creative flair to your desserts. In January I posted an easy recipe using bubblegum powered sugar over at Make it Work Mom.