We have a list two pages long tacked to our fridge; it is our to do list on the house. Two solid pages of indoor and outdoor projects from growing grass and weeding, to replacing the hole in the bathroom floor from when we moved the toilet.

At the very top of that list: Buy a Washer and Dryer… if only it were that easy. Before we can do that, we first have to finish the laundry room in the basement which involves relaying the cement floor as now it is a pile of rubble from when Gabriel jack hammered the floor to lay piping for a second bathroom. Not to mention, the two page list on the fridge doesn’t include the basement or the attic – and therein lies the crux of the problem. 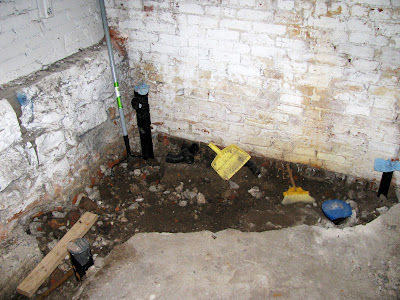 To buoy our spirits in the meantime, we used the concrete blocks from the basement floor to form a ring of stones in our backyard to create a fire pit. I love a campfire – between the scent of burning wood, the sense of adventure that comes from fire and nature, and the sweet memories it elicits from my childhood I am never more content. 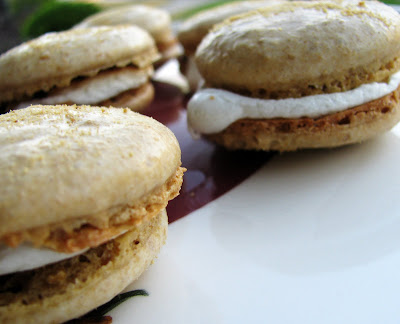 I can’t help but be reminded of the movie, Stand By Me whenever we have a campfire. I have always absolutely adored this movie. I remember being on a kick for the longest time where “sincerely” followed my every sentence. My sister Pammy and I used to pretend we had leeches stuck to us that we had to pry off one another. Plus, the movie was based in Oregon so I can’t deny feeling a little homage. I can not help but think of this movie when I am camping, exploring back woods and ghost towns, or just roasting marshmallows in my backyard. The exploration of innocence combined with adolescent egotism in this film is extraordinarily compelling and true to life. Every young boy’s spirit can be seen in these four boys. The director/producer captured their spirit in conjecture with their unfortunate circumstances so poignantly, one can not help but be captivated by the story telling.

When August’s Mac Tweets theme: A Summer Flick was announced there was no dilemma when it came to deciding what to make. Nothing says summer like a campfire, nothing says campfire like s’mores, and nothing reminds me more of Stand By Me than all of the above. One thing just led to another. Besides, I’ve had this idea of a macaron for some time now. I must admit though, I re- watched this movie after deciding on the theme, and I don’t know how I ever got away with watching it as a child – it’s rated R for a reason… it’s pretty vulgar. 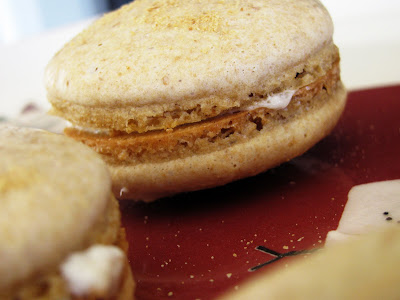 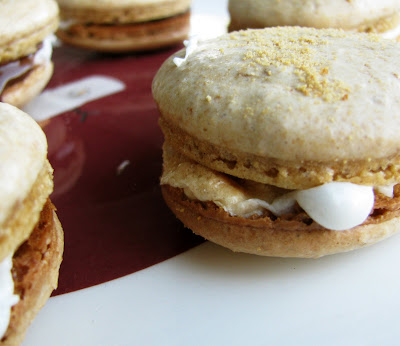 Fold flour into egg whites in two batches
Stir just until whites are incorporated
Spoon batter into piping bag, minus the tip and pipe even circles onto baking sheet lined with parchment paper

Let rest for 15 minutes – 1 hour
Bake at 310F°, 10-15 minutes until feet have puffed and outer shell is hard
Peel off parchment paper once cooled
Match tops and bottoms and place ½ large marshmallow on one macaron cookie
Place under broiler in oven until toasted
Immediately top with one square of Hershey’s Chocolate and second macaron cookie 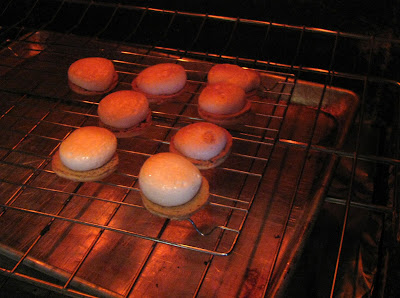 I’ve read that when making macarons you shouldn’t substitute more than ½ the almond flour with any other type of nut or flour, however with no disrespect intended, that never really made sense to me. The reason macarons are macarons is because they are a meringue cookie; they puff and establish feet because of whipped egg whites. So I set out to disprove that rule, and this recipe proves my theory. 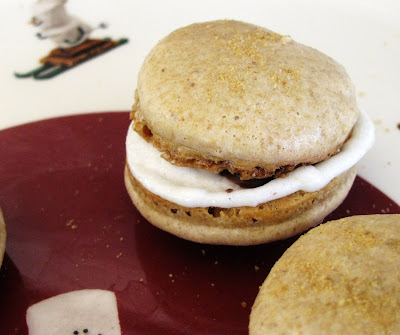 0 thoughts on “Stand By Me”