There are some desserts, though wildly popular, I’ve just never been drawn to – like Boston Creme Pie, Cherry Pie and Tiramisu (probably because mine turned out awful). However, because I’m obsessed with having a well rounded repertoire and knowledge of all aspects of dessert making, I have decided they all must be conquered (sooner or later)!
There is something to be said for doing something that you don’t necessarily want to do. It builds character; it broadens horizons; it opens doors, and in some cases, it makes you fall in love. 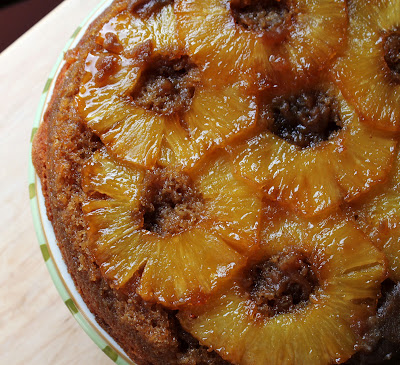 Up until very recently, Pineapple Upside Down Cake could be found in the above list. Gabriel, quite aptly, said he thought it always sounded like a “cheap dessert”. Having never found a reason, or excuse to make this cake, there it wasted away in the ‘cheap’ category. But then about a week ago we invited some friends over for dinner, and they requested this very cake for dessert. As a polite host, who had demanded a request for dessert, I quietly obliged. 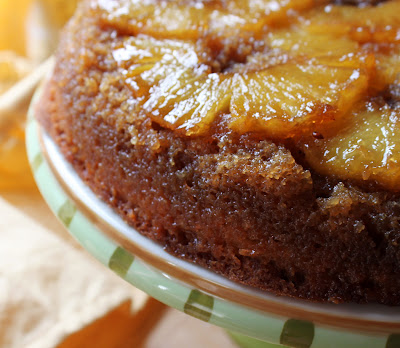 I really should do more things I don’t feel like doing. This cake is A. to the M.A.Z.I.N.G. In fact, it may very well now be my ultimate favorite cake. 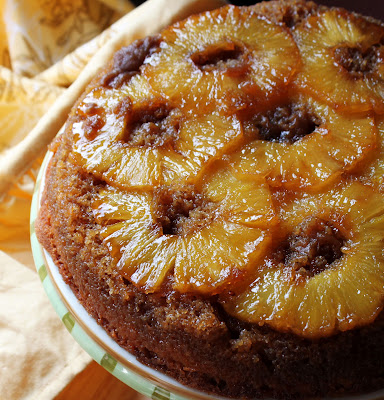 I knew off the bat I was never going to add nasty maraschino cherries to this cake, so I set out to find a beautiful rendition of this cake, that I could adapt, which led me to Smitten Kitchen‘s version. Other than mistaking her directions for the caramel topping to read as ¾ cup of butter, as opposed to ¾ stick of butter, and needing to double the caramel topping, I followed her recipe exactly. 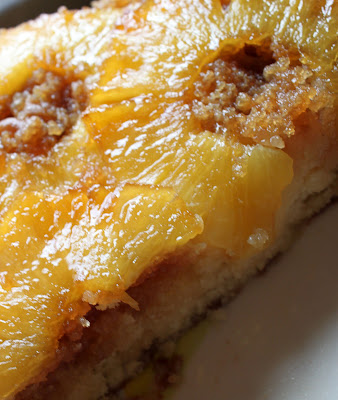 The resulting candied pineapple atop moist, butter rum cake is the consummate in fresh, tart, sweet confections. Its flavor is rich, deep and resonates with each bite.

Recipe
Remember: Double the caramel topping, use fresh pineapple, and bake in a cast iron pan.