Make This Baked Brie Croissant if you Want to Have the Best Sandwich in the World!

You’ve never had a ham sandwich quite like this! A baked brie croissant filled with garlic aioli, fig jam, shredded ham and baked brie inside a freshly cooked croissant.

Baked brie croissants may take 3 days to make,
but they are worth every second of wishing and waiting.

How to Make a Baked Brie Croissant

Once you’ve mastered making croissants, which are truly not all that hard to make, a baked brie croissant consist of merely layering the ingredients on top of the dough and rolling them up! 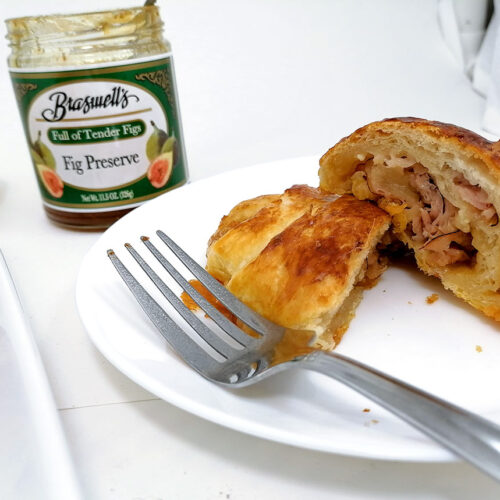 The most important part of making croissants is taking care not to over knead your dough, and never let your dough get too warm during the laminating process.

Check out master French patisserie Bruno Albouze on YouTube for tips on making the perfect croissants!

Can I Just Buy Croissants and Put the Filling Inside Them and Toast them under the Broiler?

Can I just say, if you want to do this, you’re no fun.

Do you Take the Rind off Brie Before Baking?

No! The rind is part of the cheese and it’s super yummy!

How to Store Leftover Brie?

Store it in an airtight container, and it’ll last much longer without developing an off flavor or smell.

As an Amazon affiliate, sometimes pays me an incredibly small stipend from the sale of items you click on, but it most definitely does not cost you anything to click on them!

Truly, it’s not that hard to cut out a triangle out of dough, however, when it comes to making uniform croissants every time, it can get a bit tedious. This little gadget takes care of all the hard work!

And if you want itty bitty croissants, this is perfect for dollhouse croissants.

If you make a baked brie croissant, tag @Fahrenheit350sweets on Instagram so I can see it! And I’d love it if you left a review and a comment below!

IF YOU LOVE THIS RECIPE. TRY THESE OUT!
Why Blackberry Rose Buns are the Perfect Midsummer Breakfast 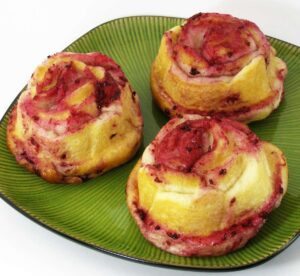 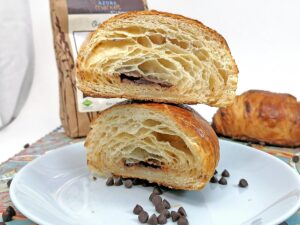 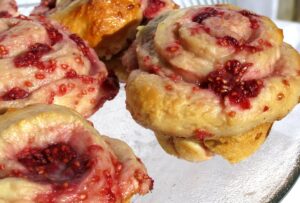